Although past revivals are great inspiration, the goal of Wall Street House of Prayer is not to imitate a revival of the past but to see His glory for this time and generation as God purposes.

Wall Street also witnessed the birth of this nation. Here on Wall Street, George Washington took the oath of office as the first President, and this site was home to the first Congress, Supreme Court, and Executive Branch offices. Also here the first Congress (that was formed under the Articles of Confederation) met in 1776.

At the historic Fraunces Tavern where George Washington formed most of his early executive branches praying for new spiritual revolution in this nation again. Bryan Anderson leads the Tavern Prayer on Thursdays. Silas Titus leads the noon prayer on Fridays on 48 Wall Street.

At one of the lowest points in Jewish history, while in captivity, God initiated the second temple building project. He still commands His Cyruses and raises His Josephs to setup remnant systems mobilizing resources for the end-time kingdom harvest. 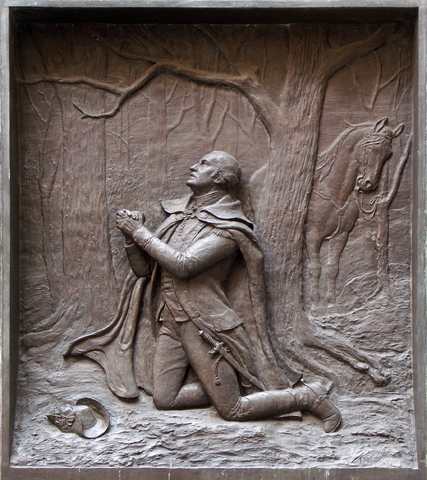 Wall Street Prayer identifies, connects, empowers and mobilizes individuals who desire to see God’s work revived in their generation and become the change-agents in all spheres of society. It is done by individuals and groups applying Kingdom of God principles into all spheres of life one person at a time and to societies at large. The purpose of Wall Steet Prayer Alliance is to empower a movement of the remnant across all denominations to bring awareness, awakening and revival and thus influence the current spheres or mountains of society.

The conversions within the status-quo church today produces status-quo converts or half-hearted Christians. As the saying goes, apple does not fall far from the tree. 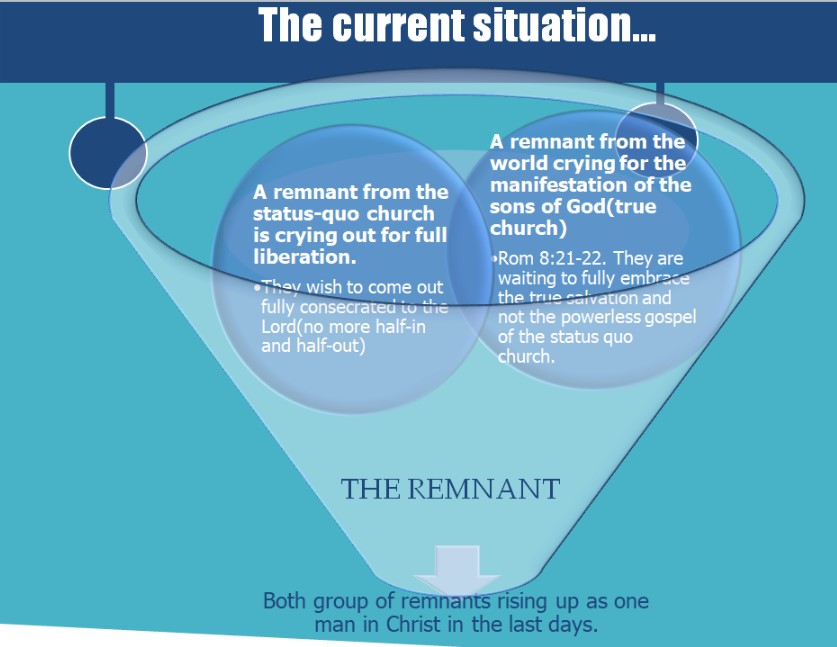 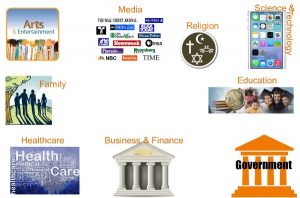 Any prayer or revival initiative is about gathering remnant from the status-quo church and the world harvest towards the Micah 4:1-2 clarion call.

In the last days the Kingdom of God shall be established forefront of all the nine spheres that define our generation’s worldview. There shall arise a remnant from the eklessia that shall fully be consecrated to the Lord and infiltrate these spheres. As a result people from these spheres(mounts) shall recognize the kingdom of God and flow towards it. This is the vision of the kingdom of God that He is initiating and we partner with, according to Micah chapter 4.

The Christianity prevalent today is confined to living out a religion in private. The believers are empowered to live a kingdom life publicly impacting others without overexerting on others. The remnant is about coming out of status-quo church to be a counter-culture in the present generation, to be one nation under the King of kings. The purpose of the kingdom movement is to reorganize individually and collectively to preserve the original blueprint of the kingdom of God in the creativity and power of the Holy Spirit. 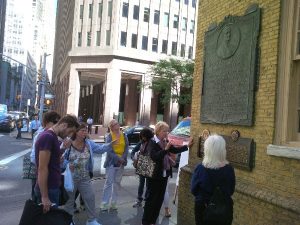 Praying in front of Fraunces Tavern where George Washington met his troops during an Operation Jonah Prayer Walk and Evangelism campaign. 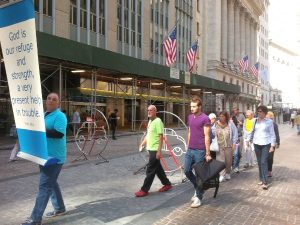 Praying walking on Broad and Wall Streets and silent witnessing.

We have stepped into the year 5778- a year of new beginning where the prophetic intercession meets reformation both on Wall Street and Main Street. There are several remnant systems that will initiate a kingdom-based parallel economy also ushering in the end-time harvest. Past years of intercessory prayers have opened the spiritual atmosphere.

On September 23, 2017 Wall Street Prayer celebrated seven year anniversary of the prayer initiative. Jeremiah Lanphier was a NYC businessman who initiated a similar prayer initiative on September 23 1857. The 160th anniversary of the weekly prayer meeting was celebrated by rededicating Jeremiah Lanphier statue outside St Johns Church on September 23, 2017. Bill Tetrault initiated with a few prayer leaders such as David Bryant and Paul DeVries in NYC. 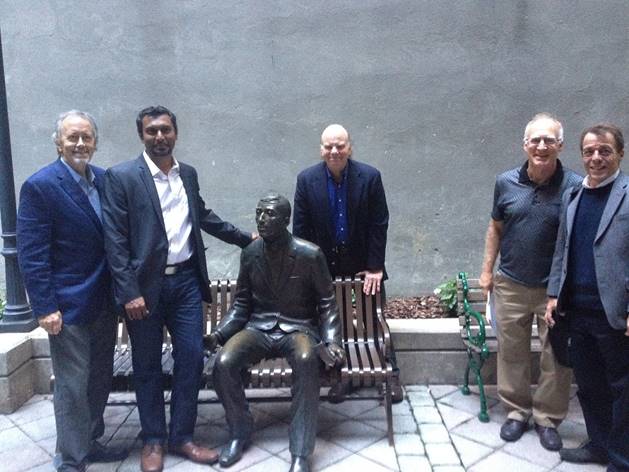 “Wall Street Prayer’s initiative to empower kingdom entrepreneurs is a unique program that believers from all walks would benefit from whether they are in media, healthcare or any sector. It helped my clients tremendously who are business owners and pastors”