THE RISING OF A FIVE-FOLD MINISTRY FROM THE INTERCESSORY MOVEMENT 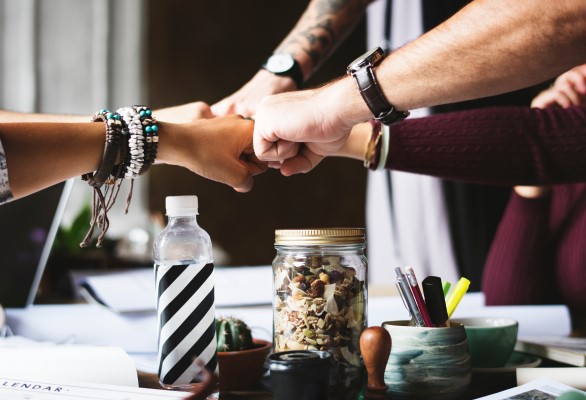 There is a beautiful illustration of the alignment within the household in 1 Kings Chapter 1. In this chapter Bathsheba, the mother of Solomon was instrumental in bringing the destiny of Solomon to fulfillment (1 Kings 1:12-45). King David was becoming old. It was already spoken by the Lord that of all David’s sons Solomon would become the heir to the throne. Just because the word gone out does not mean that the intercessors can relax. As a matter of fact, it is where the real job begins for the remnant. Their job is to bring the words already spoken- the purposes that are determined in heaven to come to pass on earth through prayer and persistence. Bathsheba means daughter of the covenant. Bathsheba is a picture of intercessors that come to God day and night. They come not on the basis of their merits and worldly influence but on the basis of the covenant of God. Bathsheba reminded David of the promise of her son becoming the next king in line. The remnant’s job is to remind God of His promises already spoken and receive the inheritance. They dictate the destiny of even nations. Ask of Me, and I shall give the nations for Your inheritance; and the uttermost parts of the earth for Your possession (Psa 2:8). It is Bathsheba’s responsibility to remind King David about Solomon’s inheritance. Once the intercessors take their position, the Lord inspires the five-fold ministry to arise and confirm the word and see it is executed. Right after Bathsheba, the matter was confirmed through Prophet Nathan again. As a result the Zadok, the priest and Benaiah (means the builder) came alongside David the shepherd of Israel to execute the promise that was made and Solomon was anointed king.  Five-fold ministry is not about the exact number five rather having a team approach working with being directed by the Holy Spirit. This is how the remnant takes back the true destinies of our future generations.

While talking about the five-fold many Christian leaders put their administrative hats and try to administer five-fold ministry from the pulpit or church board. The body of Christ in all ages had administrative issues. When the first church had administrative issues the early church team including the apostles handled it differently. As the need for administration arose they looked for disciples full of the Holy Spirt, honest report and wisdom of the Spirit to undertake the business and the job got done ( Acts 6:3). Rather the starting with administration they started with the Holy Spirit and moved in the five-fold. When we try to administer everything first we miss out on what the Lord wants to do in our ministries.

Moving in the five-fold

Moving in the five-fold apostolic movement is a major shift from the “mom and pop” church model or the institutionalized church model. In the post-industrial America, the non-profit status was an addendum to the way corporations were set up. It was thus convenient for the Internal Revenue Service (IRS) and other tax entities to recognize charities and church organization for governmental purposes and incentives. Thus the “church” had confined to ways corporations are run and became a subset of corporatism. The biblical church is not structured as a religious human institution as laws and tax codes define.

Whether one comes from an institutional model similar to Catholic church tradition or the American corporatism model of evangelical churches, a fresh look at the approach Yashua introduced the kingdom of God is needed. It takes humility, faith and Holy Spirit to move from the present religious structure to discerning as a team and walking in obedience to the kingdom purposes.

Obstacles are real and opposition is intense

Obstacles can come in different forms and shapes. Obviously we expect some opposition from the world. But it does not stop there. Opposition can come from within the church and family members. Besides, there are strongholds from our own flesh that can resist the purposes of God and assignment in our lives. We see that all in the case of Nehemiah.

The main three people the Bible talks about in the book of Nehemiah are Sanballat, Tobiah and Geshem. They tried to stop, cause delay and tightness among the remnant work. They used guilt and fear tactics against the Nehemiah team (Neh 2:19). They became displeased, increasingly raged and constantly mocked the people of God (Neh 4:1). The opposition can question your authority (Ezra 5:9). They challenged the authority of Jesus several times. The powerful men mocked them saying “If a fox were to jump onto what they’re building, it would collapse their stone wall!” (Neh 4:3). They were upset that the repair work on the Jerusalem wall was progressing and that its breaches were being repaired. They were wroth against them (Neh 4:7).

In the case of Ezra, they managed to get passed laws and permits to do probes against him to stop building the temple. The enemy was even successful in getting stay orders from the authorities.  As a result, work on the Temple of God in Jerusalem ceased and did not begin again until the second year of the reign of King Darius of Persia. (Ezra 4:19-24).

They even tried to meet with Nehemiah to come to some consensus but with the real intention of harming him (Neh 6:2). When the direct attack doesn’t work, they will devise vicious schemes and even call you for meeting hoping that you compromise. Also our adversaries had said, they shall not know, neither see, till we come into the midst of them and slay them, and cause the work to cease (Neh 4:11). Jesus simply put it; the enemy’s ultimate plan is to kill, steal and destroy.

When the threat and ridicule increased, Nehemiah stood his ground and knew where to go for help. He was also in constant communication in prayer while building (Neh 4:4). This is a great lesson for God’s builders today. The enemy may not back down but a builder’s most powerful and most of the time, the only weapon is prayer. It is not by might, nor by power but by my spirit, says the Lord. The weapons of our warfare are not carnal but spiritual that brings all things to the obedience of Christ.

As the true five-fold ministry teams are formed from the intercessory teams beware the counterfeit teams claiming the five-fold ministry in this season. The counterfeit may even have a vantage point in influence and power structures. It is well demonstrated in the same chapter 1 Kings 1. Adonijah, the fourth son of David, made a parallel move to assume the throne before Solomon became king. As the oldest surviving son, Adonijah had right to be the next successor. It was a permissive plan but not the perfect plan as the Lord had already spoken about Solomon to David. However, Adonijah knowingly or unknowingly of David’s stance, put together a deployment team just before Solomon’s coronation. Adonijah is a picture of look-alike ministries that are doing good things maybe not in alignment with the Lord’s purposes for the time. He rallied people and generals around him for his own coronation ceremony. There are lots of activities that take place in the body of Christ. Some are counterfeits while others are not necessarily counterfeits and yet not aligned to the pleasing will of God. They may sound great and look spiritual to many. Notice that Solomon was brought in a mule and not in a horse to be crowned as king. So is the true remnant even today. They operate from a place of humility. Jesus, the King of kings also entered Jerusalem in a donkey. More than the titles and ceremonies it is the mission that matters to the true remnant. When preparations was being made for Solomon’s coronation, the camp of the false five-fold was also getting busy to crown Adonijah. However at the sound of the shofar for Solomon’s coronation, Adonijah’s camp was thrown into confusion. The chaos in the counterfeit team turned into terrified fear. Eventually Adonijah ran for his life and held the horn of the altar. The majority of the children of Israel had no clue what was going on like the majority of the believers and the state of the church today. They go with what they see and hear. They go by what the media and the news feed them. The true intercessors need to arise and be watchful and in prayer to know the real deal and work with the true five-fold teams Lord is raising in our generation.

Another group that resists and imitates the move of God in the body of Christ is the ‘religious spirit” camp. The religious spirit is the spirit of the status quo church; the church with apathy. They mainly operate within the religious and lifeless structures. They surely have a form of religion that looks like life-giving Spirit while it is empty inside.  The Spirit is the one who gives life; the flesh profits nothing. The words that I have spoken to you are spirit and are life assured Jesus (John 6:63). Beware of such condition that comes from within the organized religious structures and also within our own selves. They will exert much pressure for the remnant to comply with the religious standards. Many who once were on fire for the Lord and walked in their calling have spent wasted hours and years going down the ‘religious’ rabbit hole only to realize that trying to fit in the religious box was an empty pursuit. It is not easy to maneuver through the obstacles in the path He has for us but through patience and obedience He can bring us there.