From NFL to Wall Street 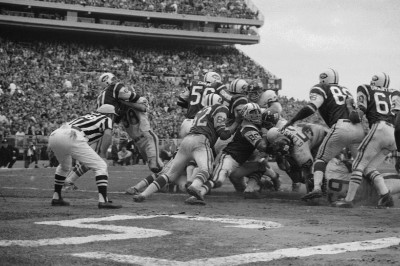 What is God showing me?
God is showing me a man standing before Him on judgement day.  The man had worked on Wall Street, in New York City as a very successful fund manager.  The man had handled millions upon millions of dollars of other people’s money over his life time of work.  The question that I hear the Lord asking the man is “what did you do with all the money I put in your care?”  The man was shocked and responded, “I worked hard for all the money I made, no one told me that You made me the fund manager and that I would be accountable to You in the end!”
Then the Lord reminded me of the scripture in Luke 12:48 “to whom much is given much will be required.”
Like pro-football players, Wall Street brokers are living a privileged life.  Unless they have an encounter with the living God, they will tend to think they are self-made men and answer only to themselves.  I know what it is like to walk with a “pro-football swagger” and I can recognize the same walk on Wall Street.
What is God telling me to do about it?
God is asking me to prepare myself to go and live among those who work on Wall Street, in New York City.  God reminded me of a story from my days in the NFL, as a player for the New York Jets. 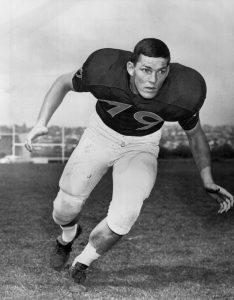 I was in my fourth year as a veteran in Jets training camp, held at Hofstra University, on Long Island, N.Y..  There I met a rookie defensive cornerback, Earlie Thomas.  During the next season on road trips, I chose to room with Earlie.  At the end of training camp, I invited Earlie and his family to stay with my family on Long Island, N.Y. until they found a place of their own to live during the season.  Earlie warned me that his wife was “white”, and as I could see he was “black”.  He wondered if that would that be a problem for me?  I said, “your wife is your problem not mine.”  We both laughed and became life long friends.
In the offseason Earlie and his family went back to Colorado, and I went back to Washington State.  During training camp of the next summer, Earlie was all excited to see me and to share how during the off season, he had given his life to Jesus Christ and became a Christian.  He related to me that I was the one who opened him up to Jesus.  I said “how did I do that?”  Earlie said that he watched me, all last season, first loving him and his family, and second he watched me on road trips, get up early and read my Bible.  He said that his heart was hungry and he had to find out more.  So back at home in Colorado he found a church and “got saved”.
God is telling me, I will have the same impact on families on Wall Street as I had on Earlie and Kathy Thomas’s family.  God has also warned me that the training for life on Wall Street would be more challenging and rigorous then training for the NFL.  And if I am not prepared I will fail in at least one of three ways; sexually, financially, or in handling the power of influence.  God has asked me to do several things, to prepare myself for life on Wall Street: