Organized Movement Versus Organizing a Movement 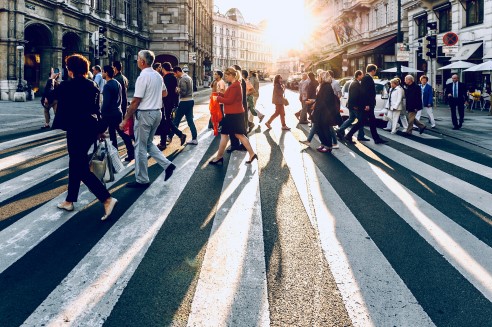 Building according to the apostolic can get hands dirty. It is a tough job, sometimes even monotonous. Bottom line, it is a hands-on job whether working locally or remotely. It is about translating the cause or problem or dilemma or faith into one thing and one thing alone–action. It requires endless fortitude to hang in to see it form and mature. Sometimes the process of building can include breaking up, to rebuild, append or all of the above.

Beware that the movement does not become another organized religion or organized non-profit. Most of the social groups are still organized top-down with clear agendas and staff and finances. The top-down is not different from for profit corporations.

Bottom-up approach is unlike organized religion or building a non-profit from a corporate mindset. In the past, religious organizations and corporations though have two different motives have ended up working very similarly. Largely religious institutions have made adjustments, compromises, and have yielded to a materialistic result or adhered to material security as a rule of thumb. As a result the religious and social projects have amassed large real estate and financial assets like their corporate counterparts while remained spiritually bankrupt.

A kingdom movement is not organized like a typical philanthropic initiative or a social betterment service with a non-profit gesture. To the core, it is simply a movement of people working with the kingdom of God addressing every root and branches of evil through prayer and action. Such a movement is a threat to existing power structure, whether non-profit or for-profit.

We are yet to see a comprehensive kingdom movement

As much as we are thankful for all the past biblical revivals and reformations the progressive mentality does not need not stop there. “It’s not that I have already reached this goal or have already become perfect. But I keep pursuing it, hoping somehow to embrace it just as I have been embraced by the Messiah Jesus.” (Phil 3:12). It takes continuous progressive thinking when it comes to pursuing Christ. When it comes to Biblical Christianity there is always room for reaching forward to the things before (v 13). The humanistic progressives in the church are set to stay as much as possible from anything to do with the kingdom of God. Their end goal is humanism. It is not a bad idea to build a human kingdom following the footsteps of Nimrod but we know from the Bible that it is not the best thing to pursue in life.  We know what happened to Nimrod and his venture. The Tower of Babel got not only the majority of votes but almost all the votes and ended up failing.

Several Christian movements of the past made big impacts such as the Moravian Missions, Methodism, Evangelism movement of 21st century. The world is yet to see a comprehensive biblical movement.  A kingdom movement is not a democratic movement as most people organizations today. It can also happen with a few.

The kingdom movement is a revolutionary movement to see the kingdom of God to be fully manifested among us.

The two popular routes in corporate world are structuring an entity to do an organized business or organized non-profit. The first embarks on the notion that profits are the cure to all. The latter focuses on the welfare of the consumers of a nation on the basis of democracy. As a subset of corporations, religious non-profits accommodated a religious framework instead of a non-religious one. However as the reliance on the Holy Spirit took a second place to meeting materialistic needs first material safety became the central focus. Many religious organizations miss to see a comprehensive biblical movement. As a result, organized religious and non-profits have become materialistically solvent but spiritually bankrupt. It is not enough to accept Christianity as a form of ethic measure and still operate as slaves to Mammon.

Kingdom of God in everyday lives need to be at the center of human service and not the material security as in a materialistic civilization.